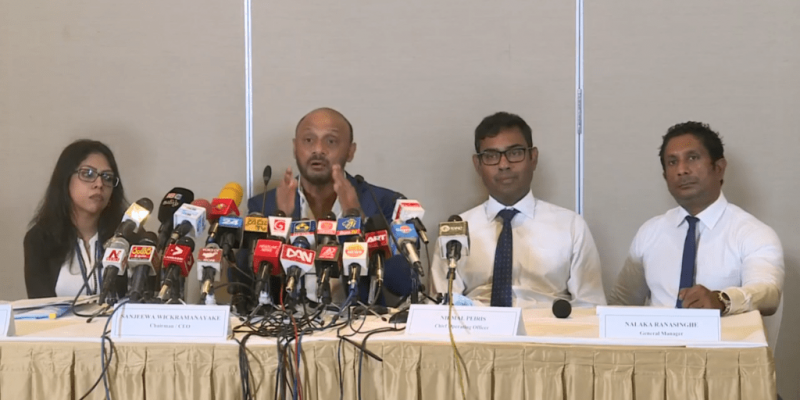 E-W Information Systems Limited (EWIS) has been in Sri Lanka’s ICT Industry for 36 years, partnering with some of the world’s largest IT companies. EWIS has implemented many nationally significant solutions in the past 25 years.

In recent weeks, there have been several false and malicious allegations leveled at EWIS by the former Secretary of the State Ministry of Production, Supply and Regulation of Pharmaceuticals which have been widely publicized on News Media.

Whilst categorically denying the said malicious allegation leveled against EWIS, we wish to place on record the true and accurate facts relating to the Medical Supplies Management Information Systems (MSMIS), which formed part of the Contract of Development, Supply, Installation, Commissioning, Training and Maintenance of Management Information Systems which was awarded to EWIS by the Medical Supplies Division of the Ministry of Health as the lowest technically responsive bidder on the 20th November 2008 after a 23-month rigorous evaluation process.

We wish to state:

2.As the project was a turnkey solution, it included Servers, UPSs’ Computers, Printers, RFID Readers, Firewall, Networking of 83 locations, Data Centre which included a backup Generator and furniture with a 3-year comprehensive warranty as part of the infrastructure required for the smooth functioning of the MSMIS system.

4.The scope of the contract was to Reengineer the business processes at the Medical Supplies and implement a software solution to accurately estimate, forecast, order, track deliver and monitor the consumption of medical items from all government health institutions. The requirement was provided by a team of official from the Ministry of health and the project was implemented with the guidance provided by ICTA. Therefore, the statement that the “system does not cater to our Requirement” is baseless and a completely false statement.

5.EWIS obtained an Operational Acceptance certificate from the Ministry of Health for the National Medical Supplies Management Information System in 2017 for delivering the software as per the requirement. The Ministry of Health further expanded the access of the system through separate contracts to include Base Hospitals , District Hospitals and Divisional Hospitals. The official concerned failed to mention that these infrastructure tenders were awarded to different parties on merit based on competitive bidding.

6.The MSMIS software has the capability to provide real time information on consumption at ward level in the 237 hospitals (National, Teaching, Base, District & Divisional Hospitals) that have the system operational, which constitute 80% of the national medical supplies budget. The remaining 922 hospitals (Primary healthcare institutions) consumption is monitored at hospital level at the regional medical stores level for real time information. The accuracy of the information is dependent on the staff affiliated to each of these institutions entering accurate data in real time.

8.It is pertinent to note that neither the Medical Supplies Division nor the Ministry of Health has intimated any dissatisfaction with respect to the MSMIS to date, especially with regards to a system failure or dysfunctional system thereby nullifying the baseless and completely false statements made that the “system is not working”.

9.In fact, the Medical Supplies Division/Ministry of Health have requested certain minor enhancements to the existing MSMIS system currently in operation, which was received by EWIS few days after the false and malicious allegations leveled at EWIS.

10. The Ministry of Health has not requested a quotation or proposal from EWIS to assess the cost of connecting the 922 Primary Healthcare Institutions. Thus, the Rs. 7,000 million for the cost of upgrades as revealed by the officials, is a calculation done by them to discredit the system in place and to justify the purchase of a new system.

These undisputable facts clearly illustrate that these false and malicious allegations levelled at EWIS have not only brought disrepute to our company but has also tarnished the entire IT industry in Sri Lanka.

Our Company wishes to assure the private sector organizations, public sector organizations and the members of the general public, that EWIS will continue do its utmost to positively contribute to the National Economy during these trying times despite the challenges faced by EWIS as a result of the aforesaid statements which are false and baseless and made with clear malicious intent towards our company.

Menu
Our Presence Our Business Fields 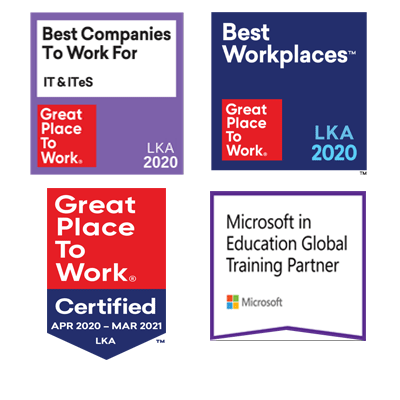 “Creating a value that lasts”